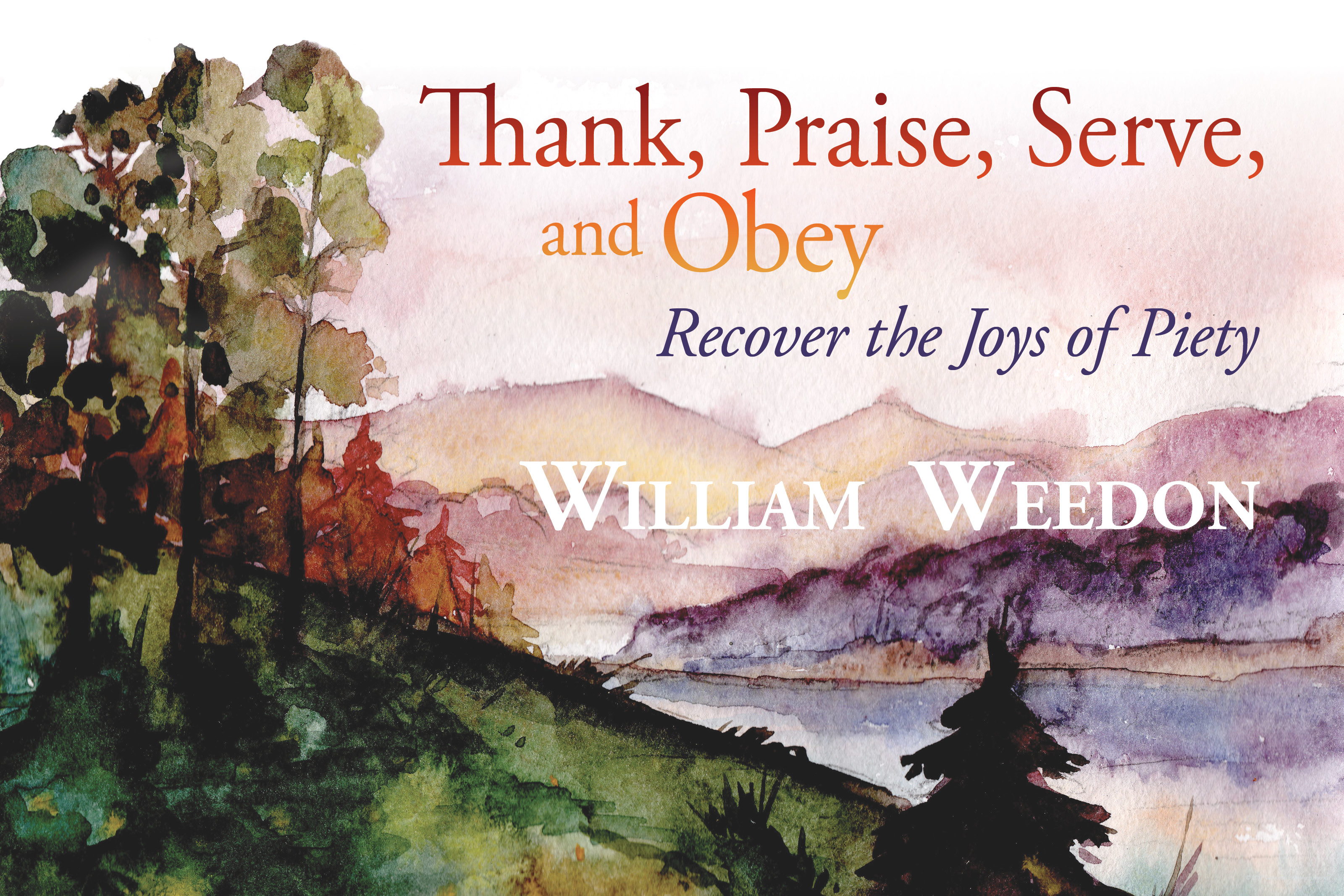 Weekly Bible Study is suspended until further notice due to restrictions

Piety has fallen on hard times.

Some associate it with its evil twin, pietism, and reject piety based on the incorrect assumption that the two are one and the same. Pietism is inwardly focused, obsessed with carefully following spiritual to-do lists and rules. Piety, rather, fights against that inward focus, turning our attention out toward God and His promises and toward our neighbor in love and care. Piety is simply the cultivation of godly habits—habits that befit the household of God, the family of our heavenly Father.

In Thank, Praise, Serve, and Obey: Recover the Joys of Piety, Martin Luther’s small catechism and the Book of Concord serve as our trusty roadmaps as we explore how to properly hear in the Scriptures our heavenly Father summoning us to the joy and freedom of living and growing as His beloved children through Jesus Christ. 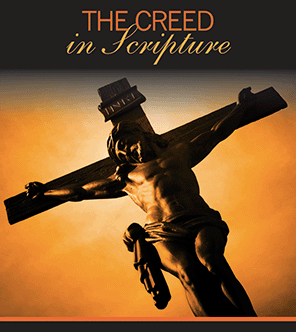 The Creed in Scripture (starting after Lent)

We live in a culture whose religiosity has been shaped by some powerful movements that occurred early in our nations history.  One of those movements  was, in a lot of ways, a reaction to the philosophical attacks on Christianity that occurred during the time period that is known as the “Age of Enlightenment’ and the “Age of Reason”.

Immanuel Kant stands out, in western culture, for essentially re-defining ‘how it is that we know what it is that we think we know”.  His work brought new challenges to Christian apologists who, if they wanted to engage its scholars in the post-kantian world in the same way that people like Justin Martyr engaged with the platonic philosophers of their age, they would have to address these new challenges - challenges that caused people to question not only the stereotypical question of “How do you know that this thing you’re sitting on is a chair”, but deeper questions about life and, of course, theology.  Kant’s thinking brought new angles to the age-old question of “How do you know there is a god?”.

Different Christian church bodies responded to these challenges in different ways.  On such response coincided with what historically is known in America as “The Great Awakening”.  According to this response, the answer to these questions were to be found in the Bible - an idea that is amenable to a lot of Christians.

The problem with this movement however was that, in many cases, it was led by the type of people who, unlike a philosopher like Kant, were mostly ignorant of their own presuppositions that they brought into this endeavor to “get back to the Bible”.  They were also mostly ignorant of the many ways that their Christian brothers and sisters had dealt with similar challenges throughout the 1800+ years before.  What ensued was a rejection of some of Christianity’s most thoughtful and time-tested confessions.  Their deeply-rooted, biblical understandings were supplanted by various mis-guided slogans like, “We have no Creed but the Bible!”.  Rather than becoming the unifying cry that their proponents intended, such mantra’s actually led to further fragmentation among the churches and to an increase in the cacophony of dissonance due to the redefinition of terms.

Historically, the word “creed” has always meant “a profession (or confession) of what one believes”.  It is derived from the Latin word, “credo” which simply means, “I believe”.  That’s why both the Apostle’s Creed and the Nicene Creed begin with the words, “I believe...”.

Strictly speaking, the Bible is not a “creed”.  Rather it is God’s Word, written under the inspiration of the Holy Spirit.  It is, as the Apostle Peter taught, “God-breathed”.  It is God’s chosen way of revealing Himself.  He reveals Himself through speaking these words as they were recorded by the Prophets and the Apostles.  As Romans 10:17 tells us, “Faith comes by hearing and hearing by the Word of God”.  Strictly speaking, the Bible is God’s revelation of Himself and how He has revealed Himself as the One who saves; as the One who makes Himself known completely in the words, life, death and resurrection of His Son, Jesus Christ.

According to this revelation, when these prophetic and apostolic words are preached in their truth and purity (in other words, when the testify of Christ as Christ said that they do), God the Holy Spirit uses these very words to create faith where and when He pleases.  This faith, which is synonymous with being “born again”, comes by “hearing” and this “hearing” by the Word of God just as the Apostle taught.  According to this faith, a person will “confess with their mouth that Jesus is Lord”.  In fact, as the Bible says, “No one says Jesus is Lord except by the Holy Spirit”.  It is by the Holy Spirit, working through God’s Word that a person is brought to the faith that believes in the heart that God raised Him from the dead.  This is how a person is saved.

Creeds are therefore a necessary element of Christian life.  They are what the Apostle Peter exhorts us to have readily available when he writes, “Always be prepared to give a reason to anyone who asks for the faith that is in you”.  Now, it is true that those who still use this slogan of “We have no creed but the Bible” might be expected to qualify this statement by saying that they are not rejecting all creeds, just the historical, formalized ones.  In their defense they might cite the all-too obvious distinction between those who make know and understand the text of the historic creeds from those who not only know their texts but who also believe these truths in their hearts.

Their point should be well taken because it is sadly, undeniable.  At the same time, the scriptures also encourage the saints to attain to the unity of faith.  Paul even teaches that “so often as we eat this bread and drink this cup, we proclaim the Lord’s death until He comes again”.  The church is exhorted, as a whole, to be of one mind and to not allow any divisions.  That’s why, these historic creeds, despite the fact that there have always been hypocrites that confess with their lips that which they do not believe in their heart, are so indispensable.

Therefore, the slogan of “We have no creed but the Bible” is sadly mis-guided.  What we have in the Bible is God’s revelation of Himself by means of words.  When God, the Holy Spirit is the power behind the preaching of these words, faith is created; hearts are changed and confessions (or statements of what I believe) are made.

Perhaps what the people who joined in this movement to “get back to the Bible” should have said is, “I believe in God, the Father...In Jesus Christ...In the Holy Spirit...In the Christian church etc”.  This after all is what the Bible reveals.  Furthermore, the three ecumenical creeds represent a “unity of faith” being confessed that is also exhorted by the Apostles. It is with every good intention, that one might hope that what these people probably meant to say is, “I believe in God and that His Word (as recorded in the Bible) is absolutely true”.  What they meant was to confess their faith in God — not misguide people into dismantling the completely biblically based confession of the faith as rightly recorded in the creeds.

The Christian church, as a whole, sorely needs to come back to a common understanding of common terms.  For starters, a creed is a statement of what one believes, not the revelation which, when preached under the power of the Holy Spirit, creates the faith that is confessed.  Similar understandings should also be promoted for words like, “Faith”, “Grace”, “Sacrament”, “Gospel” and the like. 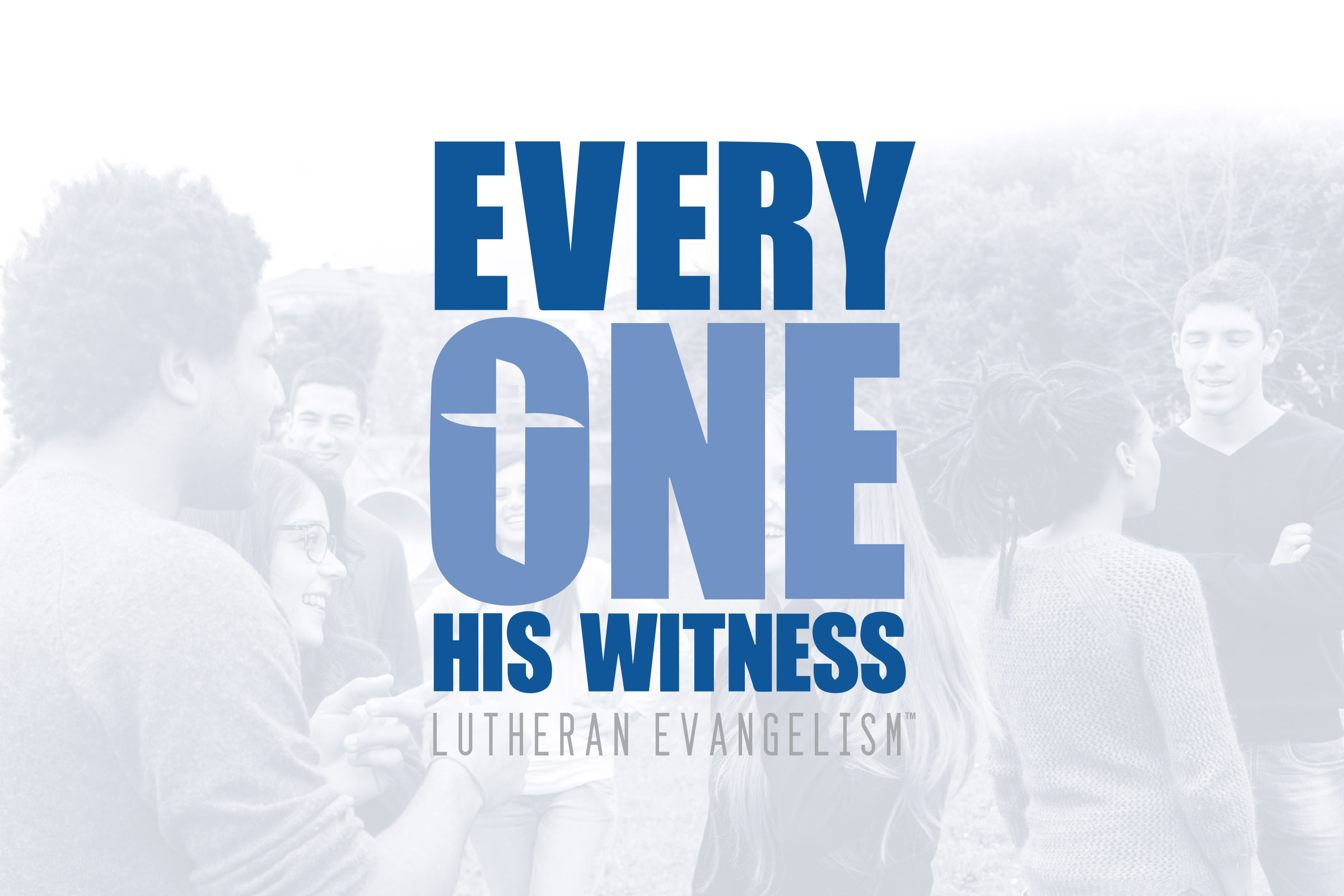 What is Every One His Witness?

Every One His Witness is a Lutheran evangelism program that teaches you to witness to your friends, coworkers, and any other nonchurched people you may know. Using the LASSIE approach to witnessing (listen, ask, seek, share, invite, and encourage), you will learn how to naturally share the Good News of Jesus Christ through relational, contextual witnessing.

What does this mean? It means listening to those who are unsure about Christianity. It means asking questions that aren’t accusatory. It means sharing the Good News about Jesus. Notice how there’s no bashing, no judgment, and no forced imposition of beliefs. Instead, there’s understanding, communication, and honesty between friends. And Every One His Witness teaches you how. 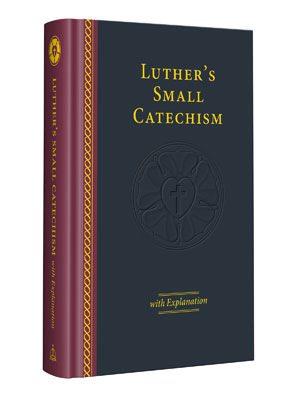 Written by Martin Luther in 1529, the Small Catechism provides a brief, clear summary of God’s Word on the essentials of the Christian faith. In question-and-answer format, it explores the Six Chief Parts of Christian Doctrine and includes daily prayers, a table of duties for Christians in their various callings, and a guide for Christians as they prepare to receive Holy Communion.

An explanation designed to help readers understand and apply Luther’s Small Catechism has accompanied editions of the catechism since the early days of Lutheranism. The 2017 edition offers an updated and expanded explanation, tackling issues prevalent in our culture today. With 374 questions and 1142 Scripture references, the new Explanation provides more biblical teaching and devotional aids than ever before. The Bible text included in the Explanation is from the English Standard Version (ESV).